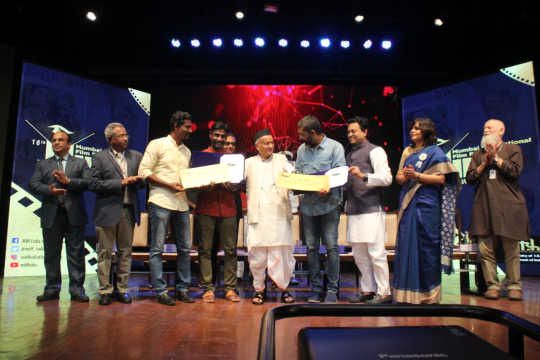 The sixteenth edition of the oldest international event for non-feature films in South Asia, the Mumbai International Film Festival for documentary, short fiction and animation films, ended today with awards for the best films handed out at the closing ceremony at the Nehru Centre auditorium in central Mumbai.

The prestigious Golden Conch award for Best Documentary Film went to Barbara Paz's Babenco: Tell Me When I Die. The film on the life of Paz's life partner, the late South American filmmaker Hector Babenco, was selected 'for its intimate and celebratory portrayal of the Brazilian film director and his reflections of life - and death'.