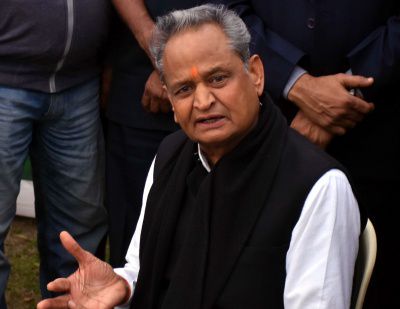 Jaipur, Feb 11 (IANS) The tussle between the Ashok Gehlot-led Congress government and the bureaucracy continues. It culminated into transfer of over 30 IAS officers on Sunday, right before the start of the budget session on Monday.
The face-off that started 13 months ago has seen six Ministers and two MLAs making direct attacks on the bureaucracy, alleging non-cooperation.First among them was Tourism Minister Vishwendra Singh. He was so annoyed with bureaucrats of his ministry that he stopped visiting the Paryatan Bhavan. For the past many months, he has regularly been tweeting his grievances against officials in allotment of tenders.