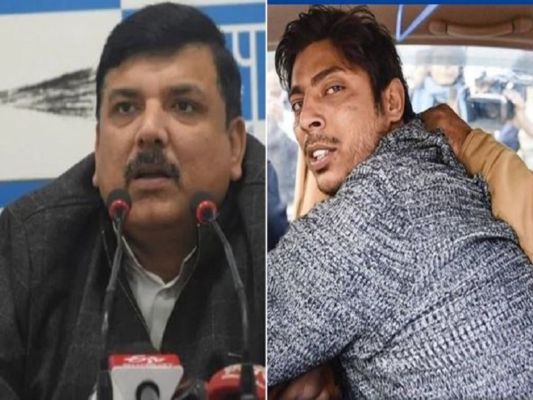 New Delhi: After the shooting incident at New Delhi's Shaheen Bagh, Aam Aadmi Party (AAP) leader Sanjay Singh launched an attack on the BJP and alleged that they want to disturb peace in Delhi to defer Assembly polls.

Reacting to the incident, Singh said they had already warned the Election Commission that a conspiracy is being hatched by the BJP to postpone the polls.

"There is no law and order in the country. The gun-toting men are not making Delhi their bastion (adda).We have been seeking time from the Election Commission since yesterday so that we can make them aware of these developments but they have not given us any time," he said.